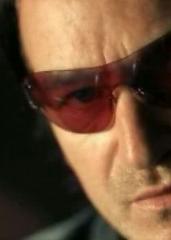 - after watching a moving tribute to Johnny Cash by Bono and U2 on tv the other night in which they sang The Wanderer, I realized that that state of being and consciousness which I described as being Irish

in the United States in an earlier time - the grouping together of Catholics for the rosary in the evening and the attendance of church several evenings a week and Sunday, the playing of sentimental songs, the cultural drinking, the cowing to the authority of the priests, the matriarchal family, etc., etc. - no longer exists anywhere. In my father's day - 1930s thereabouts - when an Irishman had some success over here he might think to return to Ireland to retire. When 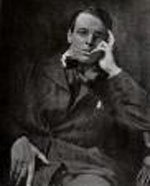 he returned, he would find that he no longer fit - he might not be fully Americanized, but he was no longer Irish as Irish was in the old country. That state no longer exists at all in the United States and I would assume in the old country either. So far as I know, Bono and all of the musicians and singers in U2 are Irish, but all seem to have been raised in secular culture much like our own. They need not make the journey from William Butler Yeats to Johnny Cash. Johnny Cash has made the journey to them. Same in Phnom Phen. Same in Marrakesh. In Vientienne today they girls dress like Britney and the Muslim scarfs have come out of the closet - one the ascending life force, one against it. Not an individual on the earth is immune to this transformation.
Posted by Bernie Quigley at 3:21 AM