draft - The Thee Celestial Ones - intro.

It's okay to be a man. - Journals, Kurt Cobain

There is a Japanese wood cut of a famous 16th century Zen Buddhist monk, viewing a rooster fight with rapt fascination, and if you have ever seen these animals go at it naturally in the woods or in the barn yard when they hit adolescence and fight to establish dominance, you can see the hypnotic effect. They still raise and fight these birds in the hills of where it crosses into the mountains to and , far from the gaze of those who would disapprove. We raised our kids in those parts.

I first saw roosters fight when our day-old chicks arrived at the post office from the mail order house 20 years ago. They arrived peeping in the box, one day old. We ordered a dozen Rhode Island Reds, docile egg layers, but received cocks by accident occasionally and once a game bird. They can be as tame as cats, allowing the children to pick them up and pet them like kittens.

Any rooster will fight if there is more than one and there are females around. Sometimes they will crow in a masculine way to express dominance over the other males, and if the cock’s crow is fierce enough, the other roosters won’t even bother to fight, but will simply submit to dominant rooster.

Once my dominant rooster, a Speckled Hamburg, proud and hyper-alert, white with black spots and reddish tints the color of autumn leaves – one of the most exquisitely beautiful animals I’d ever seen - had his crown and almost the entire back of his neck torn off by a coyote that had ravaged through the barn just before dawn. I knew by the extent of his injuries that he couldn’t 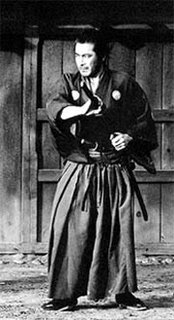 possibly survive, but he strutted through the yard with his usual cockiness until noon with no sign of weakness, even looking for a fight, then found a quiet place under a piece of sheet rock to wait quietly for his death.

My friend Barr, who once lived as a Zen monk in , died like that.

The submissive roosters even take on the behavior of the females sometimes, and try to sit on the eggs, like a broody hen. But usually they fight, and sometimes to the death. They circle one another slowly, intently staring, eye to eye, each ready to pounce, their cowls extended for the event in a perfect circle sticking straight out around their necks.

Then after a tense silence they pounce simultaneously, feathers flying and wings out, lifting them up off the ground, and flail at each other with their claws. It is usually over in a minute when one male establishes dominance over the other.

The focused, concentrated fight and the intense stillness that precedes it brings Zen to mind, as it was practiced by ancient Japanese Samurai swordsman. Zen monk D.T. Suzuki, writing not about roosters but about the silence of God says, “This sort of silence pervades all things Oriental. Woe unto those who take it for decadence and death, for they will be overwhelmed by an overwhelming outburst of activity out of the eternal silence.” It is the same silence and intensity which precedes a cock fight.

The swordsman class of ancient exclusively chose Zen as its discipline, and the short, violent clash that follows the slow dance of the Samurai explains why: it is the most masculine of behavior in a spiritual discipline that is masculine to the core.

The Samurai tradition of Zen creates in the mind of the swordsman an ability to give up his fear of death and to face every battle thinking he will die. Only when he faces battle, like the rooster, unafraid and unthinking of his own death, will the swordsman find the ability to live with simplicity and clarity.

Samurai culture presents an exaggerated picture of the masculine force and presents in high relief the fear that most inhibits a man after he has left the womb and left his mother, the fear of death.

It is the fear of death that prevents him from finding fullness. And it is this fear that leads him to avoid risk, and to go instead to the middle ground, to middle management and to the middle class. To be, as we said in those parts of the South where we raised our kids, neither man nor master, but mid’lin.

The end of the millennium has brought Middle Man to the high water mark. Here in the Age of Information the binary matrix offers alternatives to the sword and the path to manhood of the Samurai. Archetypally, the prevalent dangerous myth in the computer culture most resembles the maze designed by the shaman Daedelus to hide the whereabouts of the Beast, so to ease the mind of King Minos. The maze creates an “alternative consciousness” for the King. So too middle man’s defector, the computer geek – and computer geek cults are almost exclusively defaulted male or man/boy types like the Lost Boys – projects his consciousness onto the computer screen and slays imaginable beasts, but none to match the bull within himself which is the one that is calling. The bull is the man calling the boy forth and if he is denied or circumvented the boy will not enter manhood.

There is no alternative. In the end, the computer man/boy lost in Daedelus’s maze is left behind 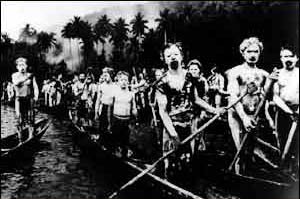 when the age passes. To the defaulted man/boy of Computer World, information is not power, it is a distracting dance of light, distracting him from the fear that Lord Krishna instructs him to resist: the fear that prevents him from becoming himself. Better to go mad and die on the river like Mr. Kurtz.

At a college I worked at a few years ago an imaginative doctor at the teaching hospital observed over the years a difference in the reaction of his male and female patients before they went under the knife.

A man, he noticed, even for a trivial operation, often asked the doctor if he was going to die before he went under the anesthesia. The doctor began to take notes and tally these questions and he found that over 50% of the male population who entered surgery with him wanted to know if they were going to die. The number of occasions when the female population under similar circumstances asked that question? Zero.

I can well picture computer man/boy, his life extended behind a screen, being afraid to get out of there to face his death. But can you imagine Anwar Sadat who instinctively raised himself bolt-upright when he saw the gun man coming at him, and unflinchingly stood at attention to take the bullet in the chest? Can you imaging Walter Reuther, facing the federal agents and their armed goons about to fire on the factory workers, standing high on a wall in plain sight, pulling off his shirt and baring his chest, telling the thugs to fire the first shots here?

In the movie Gladiator, there is throughout the conspicuous use of the salute, “strength and honor” among the Roman soldiers and the gladiators, terms which recall both the Third Reich and the honor code of the officer class of the Confederates in the Civil War. With artistry by the director, Ridley Scott, and the masterful craftsmanship of actor Crowe, these human strains of personality are retrieved as if from a dark cave where no one should go, and retrieved for the general culture as virtues utterly needed by any human society, and particularly by the boy about to become a man in that society. These virtues are needed for the man or boy to pass successfully to the fullness of his adulthood, whether he aspires to be priest, pirate or panderer. Strength and honor, in an exaggerated and explosive masculine episode brought on the destruction of . But without strength and honor there is no manhood, there is no balance, there is no dharma. 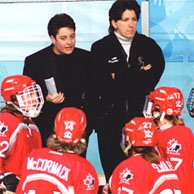 And it is not a guy thing, it is a cultural thing - a yang thing. When Hayley Wickenheiser led the Canadian woman’s hockey team to gold victory in the 2002 winter Olympics, head coach Daniele Sauvageau gathered the team around her after the victory for a final word on the virtues that would carry the women and their families through the difficult times in their lives. She said three words: Responsibility, Determination and Courage.

These are the Three Celestial Visitors.

Posted by Bernie Quigley at 3:48 AM

enjoyed your blog, we are introducing our New Updated Dvd Bible Site **www.BibleMediaDvd.Com** and thought you might enjoy all the new features of the King James Version, New Living Translation Version on Dvd and also have a free offering of a Children's Bible Story CD for the lowest prices now of $29.95. Stop by and check out the Free Demo. Thank you for your time and Have a Great Day.

Just dropped in to read your blog. We are reading what others have to say and are introducing ourselves as well. We are intoducing The new Holy Bibles King James Versions and New Living Translations and especially The New Children's Bibles on DVD and invite you to stop by and visit us at: **BibleMediaDvd.Com**

We hope you don't mind our comment on your site and do so repectfully.
Thank you and God Bless.