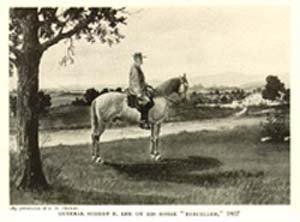 This essay and the last (Turning East) are parts four and five at the end of the Three Celestial Ones, a chapter in Notes from the Land of the Dead (to come next week) about the archetype of three males

which appear in times of motivation and change in a culture. In the United States, the North/South contention has extended 400 years. The pivotal moment of change was the Jay Treaty of 1795 when the Virginian, George Washington, permanently cast his lot with New Yorker Alexander Hamilton and John Adams of Massachusetts. Thomas Jefferson bonded solidly in opposition with James Madison and Monroe. From then until now the Hamiltonian point of view has been the domonant perspective, running in opposition to the Jeffersonian perspective. More later. (See my political blog, Quigley: Culture, Politics, Sheep for some discussion.) To perceive this there has to be a greater reach than the Hegelian 3 x 5 card: thesis vs. antithesis = synthesis. Which usually comes out two men swordfighting and leaves Andromeda lost in the ozone. Most in the academy today see themself as the "antithesis" and thus will contribute, but they are as time-bound as the Pentagon. He is never selected, but Shopenhouer is still on the menu and so is Oswald Spenglar, and they offer a cosmology analogous to that one in which we live and anyone who can understan biology should be able to understand it. Christmas shopping now.
Posted by Bernie Quigley at 4:28 AM