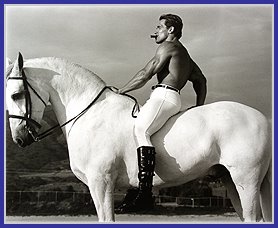 I decided not to write about as said. Too abstract to explain, to difficult to follow and tends to get lost in the ozone of things which have not yet occurred. Healthy ego rejects the future. Mindless we laughed, mindless we loved, mindless at last we died. Jean Shepherd. But I do have a few thoughts.

When I write about politics, which has sometimes been my job, I use a long-term strategy of thinking that is best expressed in a book by

William Strauss and Neil Howe called The Fourth Turning. The Fourth Turning looks at how ideas and trends travel generationally. It is almost as if an entire generation is encoded with the same formula. One generation celebrates Eisenhower, the next, Bob Dylan. There is a kind of charality to this. It forms a time engine of alternating currents.

What I write about in politics today is that we are at the turning of the fourth and final generation of our historical period, and the generation which rises next will complete our historical passage. That is as far as we can see. The entire post-war period can be seen as an 80-year period which began at the conclusion of warfare in Europe and in the mid-40s.

For a long time my innate feeling is that this historical period will somehow end with . How that could happen is through a dumping of the current political environment – it has a failed legacy in every field of activity and is post-seasonal – and the beginning of a new one. When a new agenda builds now it will find success and stability, as after a great period of instability, what finds stability becomes institutionalized. One possible path: Consider an American government from the Northeast in the next 12 years with either New York Governor George Pataki or Massachusetts Governor Mitt Romney at the helm (and a likeable and folkloric hero like John McCain as Vice President to restore dignity and honor as world ambassador) and Arnold Schwarzenegger as Secretary of State. In the first term of this realm, the governing party seeks a platform to allow foreign-born residents to become President (Elaine Chao, Jennifer Granholm, Arnold). If the new governing group is successful, such an amendment would easily pass. Twice in the last 30 years a President has won 49 out of 50 states, far more an a Constitutional Amendment needs in state endorsements. This would establish a new paradigm. But I don’t care to discuss that here as an external political issue. Anyone interested can look at my other blog Quigley: Culture, Politics, Sheep, where I write about politics in the abstract and post my political articles written for journals. 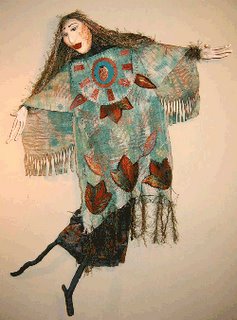 Far more important in the understanding of the passages of time and public events is their inner dynamics. In this figures even more prominently than as a politician. Key to this understanding is Miss3’s dream of the Dance of the Sun God at the beginning of this journal (it also comes up if you Google “Sun God Dance”). The Goddess cries, “I am dying.” In a sequence of dreams like this there is often a figure indicating both sexes, and sometimes it is a hermaphrodite. It is a transitional figure. In a sequence like this a hermaphrodite indicates a shift in consciousness from the feminine to the masculine sphere – from yin realm to yang realm (or visa versa). From the death of the Goddess,

the Sun King (constuction here by Lisa Yount at LionLight) arises via a transitional figure. The dream presents a paradigm shift of cosmic poles.

In his early public appearance as a strong man on the beaches of Southern California in the early 1970s, quickly became a kind of cultural icon. The muscle beach culture was oddly curious in the 1950s, but it came to full flower in the 1970s. At the time, one film critic said that the strong man culture, of which was the singular representative, was an archetypal compensation for the weak male figures in movies of the day. Of that day and of this day. This approaches the truth. And although there were weak male figures in pop culture of the 60s and 70s, what brought overwhelming influence in the world was the sudden resurgence of Earth Mother culture. The men wore long hair. They sang of love. But they were not weak men; they were instead male agents of the yin principle – agents of the Earth Mother.

Celtic, Druid and Earth Mother themes which had long been forgotten, flourished and pervaded every level of society almost overnight. Although it was called the Age of Aquarius, the Sixties was in fact still well within the Age of Pisces and could more accurately be seen as the last days of that era. 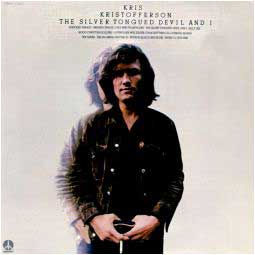 The Sixties in fact reminded many of the first days of the Christian and the perceptive observer Kris Kristofferson made the good comparison in one of his popular songs: “Jesus was a Capricorn/ He ate organic food. He believed in love and peace and never wore no shoes. Long hair, beard and sandals and a funky bunch of friends/ Reckon they’d just nail him up if he came down again.” George Harrison’s final word on behalf of the Beatles and on behalf of the age was, “Here comes the Sun King.” It is a harbinger of Aquarius and the coming of the new incarnation of the Sun King. But the Aquarian Age didn’t actually – technically - begin until the year 2001.

This Earth Mother manifestation in the Sixties was a very intense and creative period, but destabilizing to the mainstream psychological trajectory we in the West and throughout the world were on. The strong man beach culture of Southern California presented a conspicuous charicature of masuline life force, a symbolic and archetypal compensation to weak man of the 70s, but it was primarily a countervailing force in compensation for the return of the Earth Mother culture of the Sixties. And it followed directly on its heels.

Almost 40 years later saw a new transition: The critical first months of the war on brought a disturbance to the force. As always, a crisis of this deep psychological magnitude brought 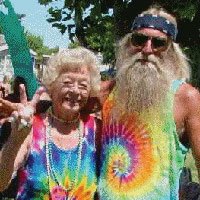 forth new figures. Two emerged in response as natural psychological reactions to the first chaotic months, Howard Dean, the former Governor of , and Arnold Schwarzenegger. In the most chaotic standard political recall in American history, was sent almost overnight to the Governor's chair in California.

These two men are agents of the two fields, yin and yang, as they have played out in our country since World War II. Dr. Dean, product of a state, Vermont, which evolved its sensibility from a fantastic hippie vortex in the 1960s, which I shared in, and , the compensating yang factor. It was a remarkable that these two Governors would arise as representatives of American yin and yang at the crucible. The Fourth Turning hinges therewith. One of these two figures will go forward, and with him will go the American condition. The other will yield.
Posted by Bernie Quigley at 7:02 AM